It is with honor and humility that this introduction is presented to you today.

Stephanie Dukes was born to the parents of Nila Helper and the late John W. Dukes. She was raised in a loving home by her mother and step-father, the late Joseph L. Jones, Sr. in the city known as the “Phosphate Capital of the World,” Mulberry, FL, located in Polk County. She is a member of the Mulberry High School (MHS) graduating class of 1979 and a distinguished member of the MHS Hall of Fame.

Stephanie grew up in Bethel Missionary Baptist Church of Mulberry, FL. Her maternal great-grandfather, Mr. Essick Nelson, personally assisted with the design and building of its current structure. Her maternal great-grandmother, Mrs. Fannie, was a significant fundraiser for the construction of the existing building. Her paternal family were active members of Mt. Zion African Methodist Episcopal (A.M.E.) Church of Mulberry, FL, where Stephanie was a frequent visitor. Her paternal grandmother, Mrs. Lillie Dukes Montgomery, was very involved with the youth department and well-known for her outstanding oratorical skills. 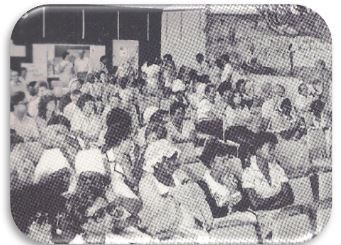 Stephanie’s values, morals, and sense of integrity were all developed at home by her parents, grandparents (paternal and maternal), great-grandparents, aunts, and uncles (paternal and maternal). The African proverb “It takes a village to raise a child” has played a prominent role in Dukes’ life. It was indeed her village which helped to cultivate and expand Stephanie’s character. The family members, immediate and extended, helped to develop her work ethic, and the community members help enforce respect and responsibility for one another. Outside of family vacations and weekend adventures, Stephanie and her siblings enjoyed the youth programs offered by the surrounding churches and the city organizations.  These activities provided additional experiencing opportunities for cultural appreciation.

Upon graduating high school, Stephanie attended the University of South Florida (USF) in Tampa, Florida, where she received her Associate of Arts Degree. While attending the USF, Stephanie was crowned “Miss Uhuru,” served as President of African-American Pan-Hellenic Council, and received the recognition of “Who's Who Among American Universities and Colleges Students”. The Bachelor of Science in Social Sciences was conferred upon Stephanie by Florida State University in December of 1986. The commencement speaker, U.S. Senator Claude Denson Pepper (D-FL), spoke words that day, which has led to her (who knows how many more of her graduating class members) destiny as a public servant. He had such a profound presence that remains with her unto this day. Senator Pepper influenced her campaign’s people platform issue subset of Senior Living under the heading Quality of Life. 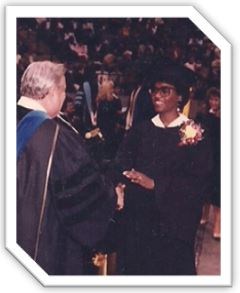 Stephanie worked at Tal-Tran, the transportation system for the city of Tallahassee, Florida, before her volunteer work with the Education Committee of the Jr. Women’s Club of Tallahassee led to her being recruited as an Occupational Specialist by Mr. Murphy at Griffin Middle School of Leon County. Her dedication to children inspired the receiving of a mini-grant for career exploration. The presentation of her students’ success rate at a State Conference led to Stephanie’s recruitment by and employment with Miami-Dade County Public School System. Stephanie continued to serve as an Occupational Specialist, Business Education, and Dean of Discipline for Exceptional Educational Students. Her dedication and hard work led to receiving the votes of her peers for the Robert Renick Educational Center Teacher of the Year Award - 1994; Selection in 1999 as a Florida Supreme Court Justice Teaching Institute Fellow; Co-Author History Book Around Mulberry published by Arcadia Publishing with her grandmother, Mrs. Essie N. Helper-Morgan, who turned 101 years old in October of 2019. 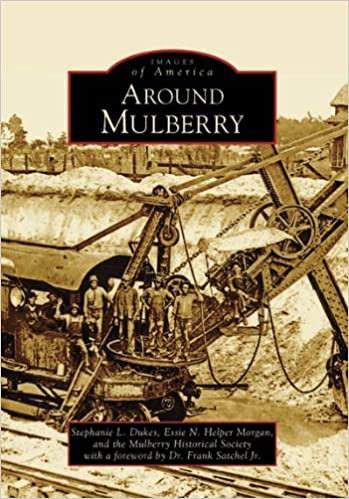 In 2000, Stephanie retired early due to making the ultimate sacrifice. Without thinking twice, she opened her arms wide for a student to come to her for safety. It did not matter that the student was running and running fast. All that mattered was the student feared for his life, and she was his sworn safe zone. Once he reached her, she remembers feeling something solid, best described like a steel ball hitting her along the waistline. But she refused to let go and wrapped her arms around the student for protection from the other student, who immediately stopped. She and the student then fell backward into a door jam. Upon feeling safe, the student, who did not realize Stephanie was hurt, quickly became the aggressor. He moved violently about while still within the safety of her arms. Stephanie knew that if she let go of her student to ease her own pain, the other student would beat him unmercifully. Stephanie held on to her student until she was able to get him to hear the words “Calm down, please. I’m hurt, I’m in pain, please calm down”. The injury resulted in lower back, muscle, and nerve damage. After many months of different medications, physical therapy, surgeries, and modified work conditions, ultimately, the decision to retire was necessary to sustain a quality of life without heavy prescription pain medications and muscle relaxants.

Lake County became her family's retirement home because of its rolling hills, beautiful lakes, and proximity to all of Central Florida's attractions, arts, and culture centers. Lake County, Florida offers the best quality of life for active retirees. The partnership of Lake-Sumter State College and the Small Business Administration (SBA) was ideal to support economic development for those retirees seeking a second venture in the business world and the young generations to achieve their dreams of entrepreneurship. The growing cultural diversification invited numerous opportunities to share dignified and priceless worldly experiences. It was natural for her campaign to focus on education, quality living, economic and civic empowerment, immigration and environmental issues.

Stephanie’s forty years and over 50,000 hours of community services and philanthropy have led to her interest in Nonprofit Management. She holds membership in many organizations such as Zeta Phi Beta Sorority, Inc. (Diamond Life Member) where she has served on the National Executive Board as a one of five National Trustees governing the organization’s assets over $13 millions, Zeta Educational Thespian Association, Inc. aka The Moseley House Mouse Inc., Central Florida Section National Council of Negro Women, Inc. serving locally as the 1st Vice-President, Parliamentarian, Member of the National Elections Committee of the National Council of Negro Women, Inc., Lake County Democratic Party Precinct Captain and South Lake Democratic Club – Past President, and induction into the Southeastern Region and the Florida State Leadership Conference Hall of Fame of Zeta Phi Beta Sorority Inc.

Stephanie is a divorcee who enjoys spending time with her family, especially the interest of her nieces and nephews, spending her time and efforts serving the youth and elderly of the community, traveling to historical places with her Mom, Aunties, and Life - Time Sister Friends, and spending quiet time with her God-Mothers, Mrs. Annette Woodard Dempsey of Mulberry, FL and Mrs. Rosa T. Brown of Tallahassee, FL.

Thank you for signing up!
Political Advertisement Paid for and Approved by Stephanie Dukes for Florida, Democrat for Florida Senate District 13
Powered by CampaignPartner.com - Political Websites
Close Menu